A downloadable Demo for Windows

Post Trauma is a game that takes inspiration from classic horror games.

In order to play this game it's recommended to keep a notepad with you.

For support and bug reports please write an email to PostTraumaGame@gmail.com

This is a really great Demo, I love the atmosphere and the visuals 10/10

Unreal how good this is...

I always tell to myself, why indie games are much better than mainstream :)

Reply
WoodyRun216 days ago
I think it's incredible how faithful this games feels to to something like the original silent hill games. It legitimately feels like I'm just playing a new Silent Hill. Amazing job in that department. There's so much to like that I feel bad for even criticism at all. I think the first lock puzzle needs to start with the hint. I was stuck for a while because I had no idea that addition was necessary. The only other puzzle I didn't like is the statue turning one. I still don't even know what the answer is, I just mashed them randomly for a while until I accidentally got it right. The last criticism is that the combat feels very janky.

Other than that though, this is awesome! I definitely had more of a positive experience overall. I know this may not be representative of the final product but man, what you have here is really something. You nailed the early silent hill aesthetics. Can't wait to see the full game, good luck!

Reply
Winsto117227 days ago
Absolutely loved it, game me such Silent Hill vibes! Cant wait to play the finished product
Reply
emaura258 days ago(+1)
The atmosphere, visuals (camera work), up to the very ordinary unconventional main character - I LOVED THIS. It gives you a tough puzzle at the beginning but it's so rewarding once you figure it out and the rest of the game is a breeze.

It's totally worth the time to play!

Reply
Lanosmire258 days ago
I was very impressed with this. While it is a demo, and there to show off the gameplay, puzzles, and overall aesthetic, it is incredibly polished. I haven't had to pull out a pen and paper in so long for a puzzle, as this harkens back to older survival horror games, but it was actually refreshing.

The graphics themselves, are full of grim, and decay, giving an homage to the silent hill of old. Add though is what appears to be a film grade imposed on it. It helps add to the overall feel for the game, and it especially shows more during combat or intense horror moments.

The Sound is lovely, and the extra bits and bobs of sound added to the background add to the tension of running around this horror filled playground. It's not overly filled and more uses the atmosphere to really tell the story. Monster designs are nice, though, from the darkness, not all of it can be seen, so I'll hold judgement until further gameplay is shown.

Most of all it doesn't use jump scares, but instead slowly builds it's atmosphere, and even using subtle background points to really oppress upon you the heaviness of the environment.

Now for the Cons -

Combat is still pretty wonky, and the lack of stamina does leave you figuring out way to late how much it leaves you winded and bloodied. Unfortunately there is only one combat moment, so there wasn't too much to study, so again I will with hold judgement until I see further gameplay. What this does say though is, if you are looking for a more action forward series like Resident Evil, this may not be your cup of tea.

Second some of the movement is wonky. Such as the head on the main protagonist tends to stay in place and not bob with the rest of the body. So it gives almost a dancing perception. So I took advantaged and danced in the Silent Hill Inspired area near the train. It was fun, though I'm sure the character model will improve in time.

Lastly the puzzles as much as I loved them, do take a while to figure out, so this could leave you trying to figure out the puzzles for quite a while, which in turn can take you out of the experience.

Overall I give it a 4/5 and can say without a doubt that it is a very promising start, and have massive potential. I look forward to the release of further gameplay or even the full release. I will definitely be covering this further

Holy moly that was great! I got major Silent Hill 4 vibes from the visuals. I did have some trouble with the subway puzzle but once I got out of there everything was intuitive but not too easy. The combat could also do with a bit of tweaking.

Very much looking forward to the full release!

I loved the demo! Im a fan of Silent hill and this game reminds me of it. I even like how Roman looks. Im looking forward to playing the full version! Keep it up!

It's SO GOOD! I need this game in my life, it's definitely got silent hill vibes but it's so fun and clever. I love that we're just an old man with Loreal hair mechanics!

Really good game!! This game has GREAT potential. I can't wait for the full release.

I'm really hyed for the full game. It's great how the game manages to give me Silent Hill Vibes. Take a look and don't miss out the Demo:

You guys got a huge potential with this game. Don't miss the chance because you did very right with this one.

I suggest you put a lot of love and work into the story, characters and hidden symbolysm just like SH did.

Why is he there? What's his backstory? How do the monsters, puzzles and random notes connect to the lore?

You're on your way to become huge!

In THIS Subway.. EVERYTHING IS ALIVE! and they're coming for YOU

This game was one hell of an intriguing one.

The U.I. was indeed short and sweet - Signs of health status was a little difficult to understand, up until my mans was hunched over and coughing for air XD.

The inventory was one simplistic and easy to use feature within the game. Go to an object, inventory, find item. BAM, your in. Really wish this feature was used more than just attempting to drag and item around or better yet.. Forget you even had the item in the first place LMAO!

When it came to the puzzles.. I have nothing to say, they we're indeed genuine and a brilliantly designed part of the game.. I'm just too much of an idiot to figure them out.. Took me an extra 30mins XD

The fighting in the game gave me a rush of adrenaline! The only thang I would suggest is a small step back dodge button, and if the enemy could attack while moving.. giving a more aggressive fight.

THE STORY WAS MINT! It was one of those styles of side questing.. You can piece together the story right from the clues given..

(MAYBE SPOILERS!)My take on it.. The father, Roman, age 52.. Is going through "POST TRUAMA" from a serious situation that occurred leading to his daughter's untimely DEATH!.. This could lead to him possibly down the road, towards, alcohol, or drugs.. leading to a Psychedelic trip.. AKA "I need to wake up".

Any who, WOULD DEFINITELY RECOMMEND PLAYING THIS GAME! THANK YOU FOR ALLOWING US TO ENJOY IT!

AND I HOPE YOUR SOLO DEVELOPMENT PROCESS GETS YAH UP THERE! I'LL BE KEEPING AN EYE ON THIS PROJECT!

I am in love with the creepy and sometimes unsettling atmosphere of this demo. Furthermore, it is very evident that this game is inspired by many of the classic horror games like Silent Hill and Resident Evil which I also love. I can't wait to see what the full version of this horror experience has in store. Fantastic job, and I've also wishlisted it!

Loved everything about the game, from the puzzles to the monsters design and environment. It did give me a bit of a bug which led me to completely restart the game. Its great to see creative puzzles the rack ones mind but not to a point of frustration. Will definitely buy this game once its out.

- From you friendly neighborhood Youtuber Welcome2MCG

I cannot wait for this full game. I haven't gotten full nastolgia like this with its own original flavor in so long. Def hharkens back to a golden age of survival horror. God this was good. Nice puzzles too. Please play this.

I can't wait until the full release!!! The puzzles were good and challenging. The ambiance is perfect. This game makes my skin crawl! I can't wait to see more!

Reply
Gamingforlife1 year ago(-1)
Absolutely great in every way!

Great Game Keep it Up

Streaming this awesome demo. Thank you so much for creating this. I can't wait for the full game.

Genuinely super enjoyed this demo and I am beyond buzzed about the full release - wonderful understanding of why SH-like games scare people and a great use of restricted camera angles while still giving the player a good sense of control :)

Really enjoyed the puzzle part despite the fact I needed a second brain to help me out with that. It also has that silent hill vibe and creepy creatures along with it. Looking forward to the final product.

Quality Demo, genuinely unnerving and other wise terrifying. First puzzle was a little annoying but the rest of the game had an unbeatable atmosphere and bizarre creatures that left me afraid to move forward. All around great game even if I didn't manage to finish it.

Loved this demo! the puzzles were very fun even tho it took us a minute to figure them out! Can't wait to see what the future holds for this one!!

Reply
Absolutely Amel1 year ago
Gave me strong Silent Hill nostalgia! It has some bumps of course and some of the puzzles are a little oddly formulated. (Maybe im just dumb lmao) But overall great experience! Looking forward to more!
Reply
JLChinchilla (Music&FX)1 year ago

Wow. Amazing demo. Lots of emotions came by the marvelous design. Although, it may seem very empty. Have you thought on adding original music? If that’s the case, send me a message on tw: @JLChinchillaMus (I already follow you)

This game is GREAT! Intense! Gripping. If you'd like , i'm a game writer for indie studios. Maybe we could collab on future projects?.

I am unfortunately unable to play the game. This version, as well as the steam version crash whenever I try to run the game.

Hello, this game is insane! Im a huge huge fan of the silent hill series. I also am a big fan of the puzzles and level of detail here, stunning. What you have created here can be taken to such great heights and if you need any help or are willing to have a helping hand let me know and I would gladly love to be apart of it.

This was an amazing demo! The interactive puzzels and the elements of horror really pulled me in! Excited to see this game grow! I think my only gripe was the locked off cam can be a bit weird in places. 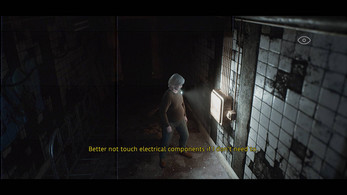 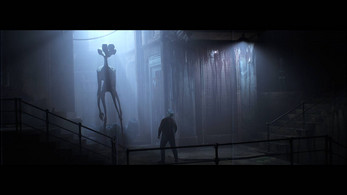 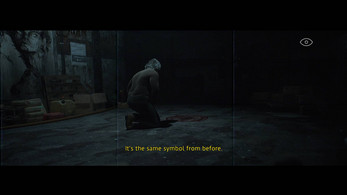 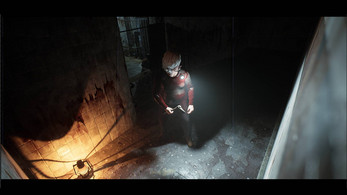 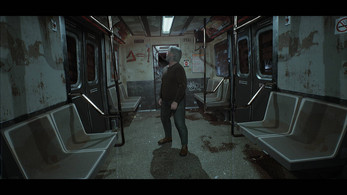